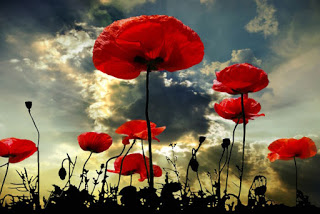 It is a space inhabited by people who are asked to do unimaginable things, in unimaginable circumstances, while the rest of us sweat over whether the train will be on time, and bemoan the lack of talent of the new barrista at the coffee shop.

A space that is inhabited by all parts of the spectrum of life: The living, the dying, and the dead, all of whom are intrinsic to the act of war.

I have stood in the fields and farmlands around Ypres in Belgium with a feeling of hopelessness and futility as I gazed across the killing ground. For years I had been told of the acts of heroism displayed by the forces from both sides as they fought and died to gain the high ground.

Only the high ground that I imagined, painted by various educators at public schools, simply didn’t exist.

There is no high ground in Ypres. There are undulations, and if the participants involved back in 1914/15 had  access to google maps they would have hard evidence of what they could already see for themselves – on a technicality there were parts of the area that were marginally higher, but for the most part and by any lay-man’s standard, the term “flat-ish” could have comfortably been used.

There is no glory in war, and certainly not that war. What we imagine when we hear the poem “In Flanders Fields”, are rich, green fields with poppies dancing gently on the breeze, but the reality is far less romantic.

More than half a million soldiers from both sides bled and shat and vomited on those fields, over a time-period that stretched not to years, but only months. Fields that were brown and scarred by constant shelling. Fields that were fought over. Fields that poems describe as the place where brave men “fell with their faces to the foe”.

Fall they did, but not onto some pleasant green carpet, dotted by red flowers, their gaze drawn upward as angels took wing. No, they fell face first into the mud, perhaps their last gasps drawing in the filth of war, to die with the taste of other death in their mouth. Drowning, as blood, excrement, and puke filled their lungs.

I have walked through an Australian war graves site near Ypres, crying openly as I passed row upon row, upon row, of the dead. The perfectly manicured lawns at odds with the atrocities that were visited there just five years before my grandfather was born.

The tombstones engraved with name, service number, and division are side by side with others less intimate in their description – “Here lies an Australian Soldier” or for the soldiers all but obliterated when found “Here lies a soldier of the great war.”

My wife came to comfort me, and all I could say as tears and snot ran down my face was: “They are so far from home, so far.”

I am no fan of war, but each year I remember them, not to glorify the just nature of war, for there is no justness in anything that I have read or witnessed. I remember them because I must, as should you, so that the futility of sending our sons and daughters to fight for purposes that are at best a political construct or at worst, a religious ideal, might end.

I have friends in all the armed services who have been, and still are, involved in all theatres of war (the acknowledged and the more clandestine) and I fear for them.

I am no fan of war, but I am proud of my friends, and by proxy, their friends, for what they have done in choosing the life they have. I just wish we lived in a world where their work was redundant, and they could get on with living, and being.

I love them, and I worry.

That is why I bother.

Andrew Webber is an Australian writer, who is glad to be home after 8 years in the Middle East.

2 thoughts on “Remembrance day, why bother?”